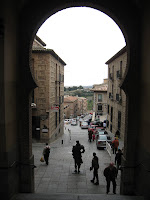 I just returned from a great trip to Spain with my colleagues and professors, and I’ve the pictures to prove it!  We spent most of our time in Toledo which is maybe the most medieval city left in the world.  A lot of European cities still look and feel like the Renaissance, but they say that the city of Toledo really fell asleep during that time and now it’s still there in all of its medieval glory.  (By the way, that applies to the city’s wifi connections, as well.)

Also, in medieval Spain the three religions of Christianity, Judaism, and Islam worked very hard to make peace and live together.  It wasn’t perfect, but these three groups managed to get along better than in other parts of Europe.  Many of the sights in Toledo still preserve the unique culture that came from this blending of cultures and that may come out in some of the pictures. 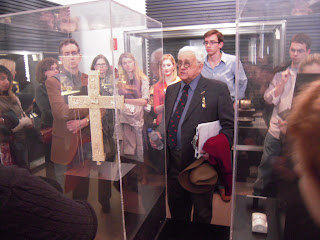 Here’s my mentor, Dr. Adams, showing us the sights in Madrid’s Museum of Archaeology. 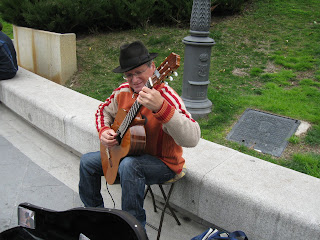 The average street musician in Madrid is about a million times better than what I’m accustomed to from such performers.  This guy got a few Euros from me for his excellent playing outside of the Prado Museum. 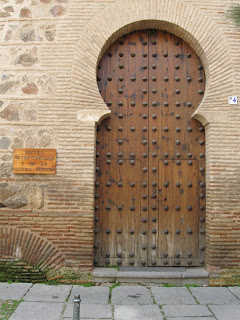 People will tell you that the horseshoe arch on these doors is a Muslim design, but they are wrong.  The Visigoths made this sort of doorway popular, and the Muslims who moved to Spain would use them in their own buildings (adding their own artistic contributions to them along the way, of course).

Those aren’t my bags, no, all of my luggage fit into a single backpack.  My fellow travelers were always impressed with this, and they would say that they couldn’t figure out how I had fit nine days worth of clothing into an average sized backpack.  (Hint: I didn’t bring nine changes of clothes.  Not even close.)

Toledo is a beautiful city, and my pictures do not do it justice. 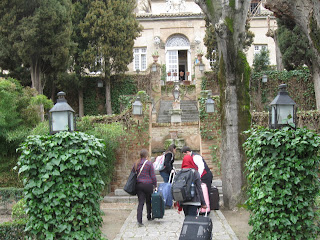 The Hotel Cardenal is the best hotel in the world as far as I’m concerned.  It’s actually built into the medieval walls that surround the city, and it’s absolutely breathtaking to step into the courtyard. 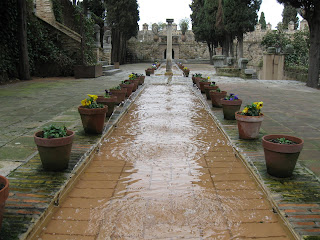 Here’s more of the hotel courtyard.  The heraldry of Cardenal Cisneros (an important late medieval Spanish guy) was on the wall of my room and I thought it was awesome.  My professor told me that I’m probably the first person to enter the room and geek out over Cisneros’ family crest.  I’m achieving new levels of nerd-dom. 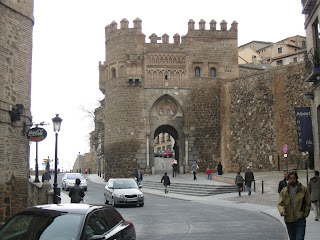 Staying in Toledo means walking through beautiful medieval gates like this one to get anywhere.  I loved it. 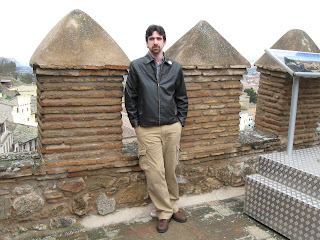 There’s me stading on top of one of those awesome gates.  (We found a random door and it led up there.  Being a tourist in a medieval town often means you make up your own route, because no one’s going to tell you that there’s a door to the top of the gate.  Fortunately, there’s also no one around to tell you not to walk into random doors – which is how I found myself accidentally wandering into a city officials’ office.  No one seemed to mind.) 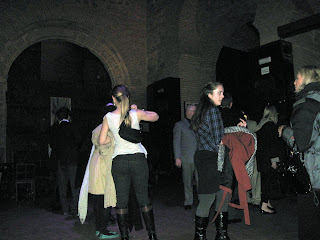 This is a nightclub that was built out of a medieval church.  (We found another club situated in some very old caves.) 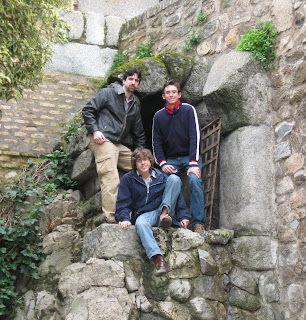 Me and the guys explore an old Roman sewer. 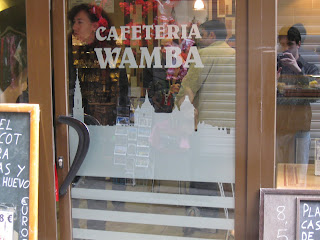 The Cafeteria Wamba (named for the medieval Visigothic king of Spain, as you know) has long been the lunch of choice for students on a budget.  It may be the cheapest cafeteria in town, but they’ve got a ham sandwich that will blow your mind.  (I know, it doesn’t sound like much, but Iberian ham is rather special.) 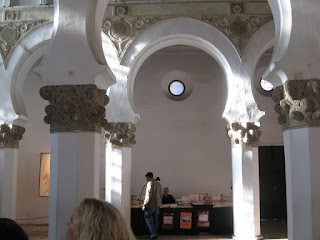 La Synagoga de Santa Maria la Blanca (The Synagogue of St. Mary the White) is a medieval synagogue built in the shape of a mosque and dedicated to a Christian saint.  A very odd building that scholars still don’t understand.

Yours truly, delivering a boring lecture about the historiography of La Synagoga de Santa Maria la Blanca.  A tall order considering we don’t have any primary documents to help understand the building’s past.  By the end of my discussion they had all learned how to sleep while standing up with their eyes open. 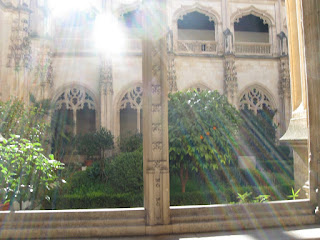 Beautiful cloister within Monasterio de San Juan de los Reyes.  One of our group walked in there and took an orange off of the tree and the next day they had a lock on the gate.  Oops.  (No, it wasn’t me…) 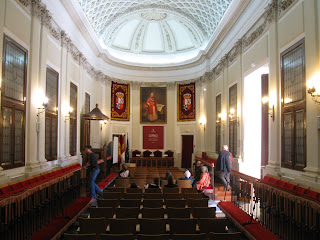 The chapel in Lorenzana’s palace, which (apparently) few people get to see. 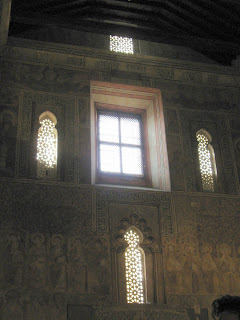 The church of San Roman is amazing.  More pictures of it here. 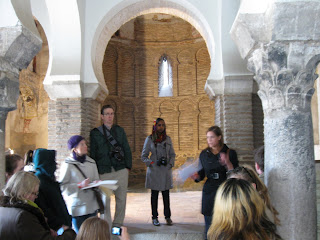 This is a mosque called “El Cristo de la Luz” or, “The Mosque of the Light of Christ.”  An odd name for a mosque.  Legend states that when Christians converted this into a church they found a hidden closet with a painting of Christ inside being lit by candles. 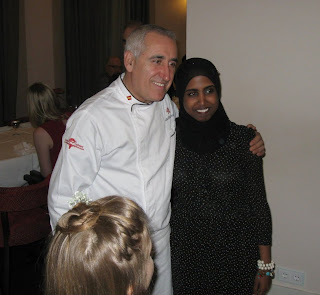 This is Adolfo, who runs one of the most well reviewed restaurants in Europe.  After eating there, we all agreed he was amazing.

Sharing a great meal with Dr. Pamela Patton, author of Pictorial Narrative in the Romanesque Cloister (which is in its second printing).

Here’s the gang that had to put up with me for whole trip.  They’re a great group of scholars and friends.

This is the only picture in which she’s not making fun of me.  Oh, the memories.

What part of “seat’s taken” doesn’t she understand?

“Lost?  No, don’t be ridiculous.  I just like staring at the map in the dark, that’s all…”
It was a great trip, and I hope you enjoyed my recap (more pictures can be found here).  There may be another blog entry about this trip if I can recover some lost pictures.  I highly recommend visiting Toledo if you get the chance, because it’s the closest you’ll ever get to going back in time to see the middle ages for yourself. 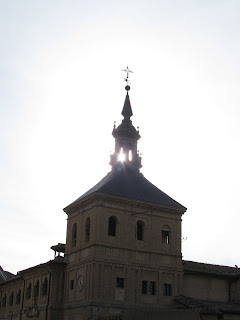